Displaying items by tag: The Villas 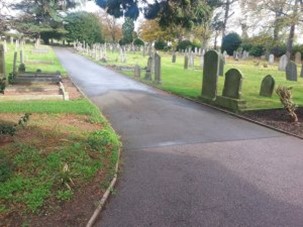 The Kibworth Cemetery is situated on the A6 Harborough Road, Kibworth Harcourt in Leicestershire.

The elected members of this first Burial Board were:

The first meeting of the Burial Board was held on 8th March 1892 when the secretary was instructed to enquire from the owners of 7 potential sites whether they would be willing to sell from 2 to 4 acres for a Cemetery. The 7 potential sites were reduced to 2, the current site on Harborough Road owned by Merton College, Oxford and allotment land between the Railway and Harborough Road belonging to Mrs. Haymes.

The Board decided that the sites should be subject to survey by A.J. Draper the Diocesan Surveyor to ascertain their suitability for a Cemetery having regard to the nature of the sub-soil and the facilities for drainage.

At the Board’s meeting on 5th May 1892 the meeting agreed to borrow money from the Public Works Loan Commissioner to fund the purchase of the land and the work required.

Following the report from Mr Draper the Board decided to purchase the Merton College site.

At the Board Meeting on 25th June 1892 a draft contract to purchase 4 acres 3 roods and 28 perches of land from Merton College, Oxford was accepted.

This decision was placed before a Vestry Meeting on the 4th July 1892 when some opposition to the draft contract was expressed.

At the Vestry meeting on 11th October 1892 the following was proposed:

At their Burial Board meeting of 1st November 1892. Mr. Coleman, the occupier of the Merton College field, was awarded £26-10s-0d compensation for loss of the field.

A loan of £2,000 was granted and on 3rd January 1893, Charles Edward Hare, a Bank Manager, was appointed as the Burial Board’s Treasurer.

Tenders were issued as follows:

Tenders 1 & 3 were withdrawn. Edward Mason submitted revised tenders of £235 for Contract 1 and £413 for Contract 3. These tenders were accepted, leaving Mason Builders responsible for all the construction work.

The first phase of the cemetery was completed in 1893 and consecrated in June of that year. The first burial, Florence May Kimbell aged 4 years, took place in August 1893.

Improvements to the Cemetery have seen access improved and pathways upgraded.

The Kibworth Joint Burial Board is now made up of representatives from both Kibworth Parish Councils and they have regular meetings to discuss burial costs and further improvements.

In 2021, an Epitaph software licence was purchased from Edge IT by Kibworth Harcourt Parish Council for the Joint Burial Board, for all of the burials since 1893 and in future, to be recorded and when completed, the details are due to be made available online.

Kibworth Joint Burial Board has reserved an area for natural burials. This area will not have any headstones and only biodegradable coffins and caskets will be allowed.

The Lychgate was built between July and October 1894 by Edward Woodford Mason, son of John Mason, one of Kibworth’s most celebrated builders and founder of the family firm. 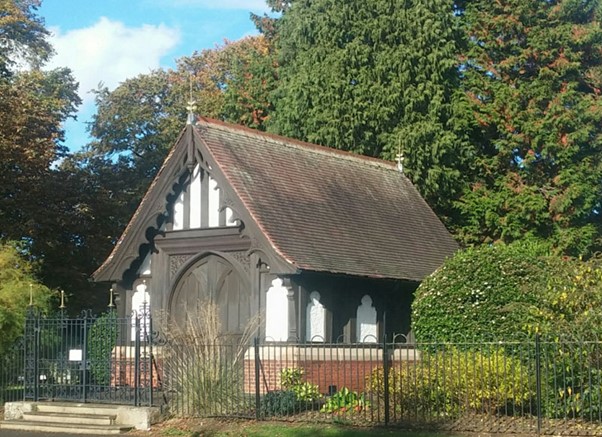 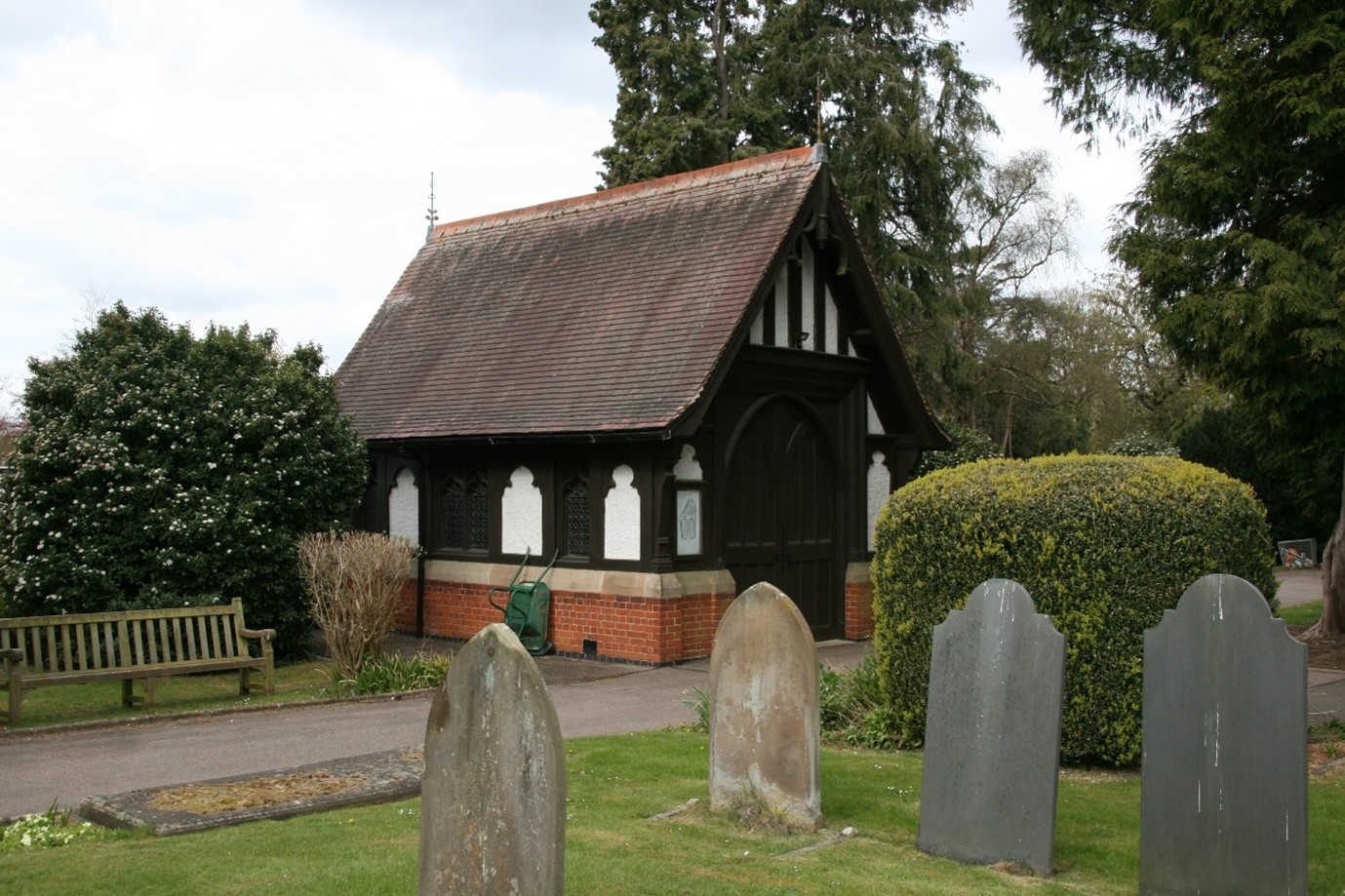 In February 1895 a wooden bier was presented to the Burial Board by Mr Haymes. This beautifully crafted trolley was pulled by the village Sexton. The bier would collect the coffin from the deceased's house and take it to the cemetery entering through the Lychgate into the burial ground. 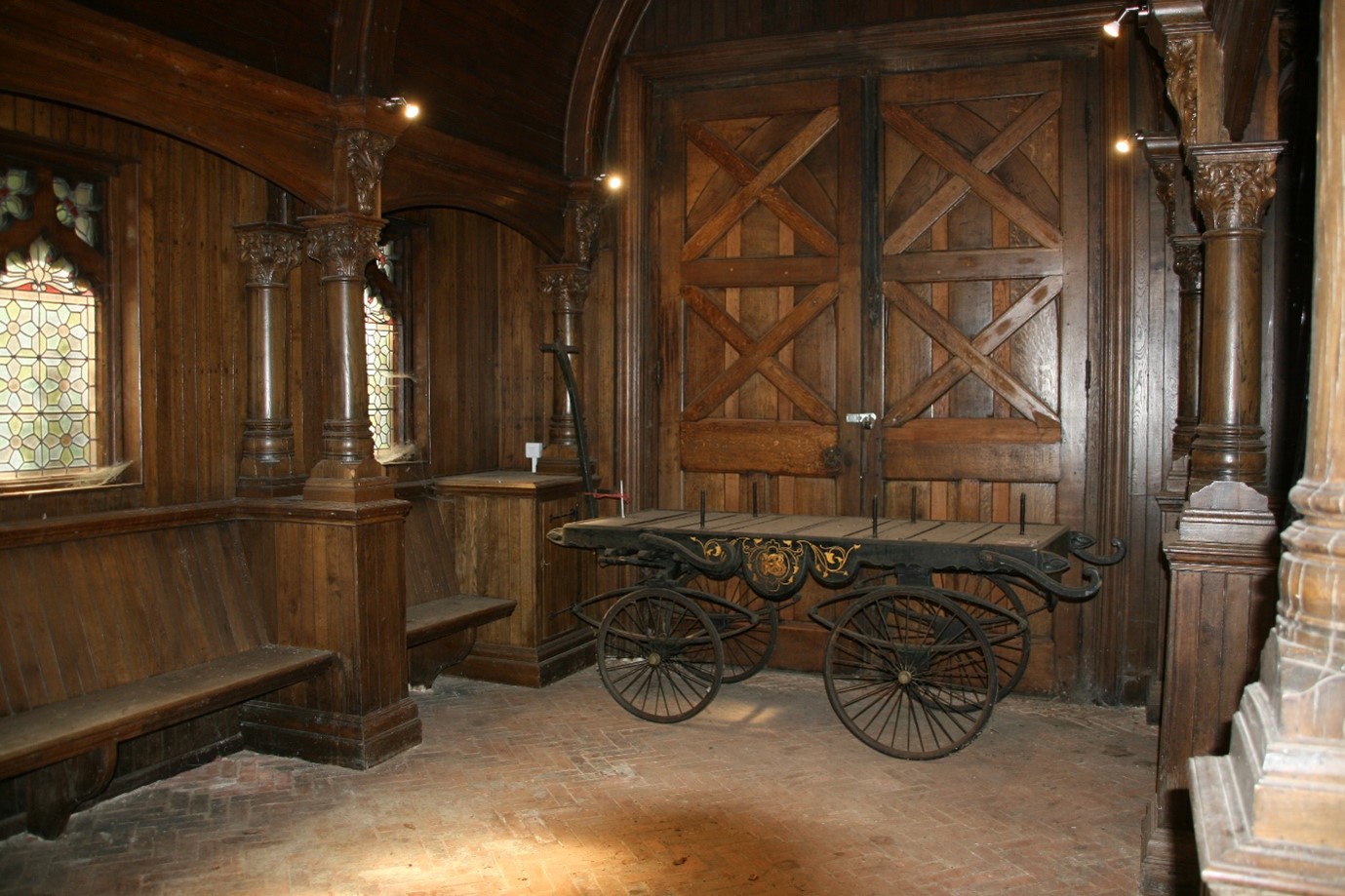 The Joint Burial Board agreed in 2021 to have the bier renovated and it is due to be cleaned, polished and any repairs made by a specialist from Lubenham in 2022.