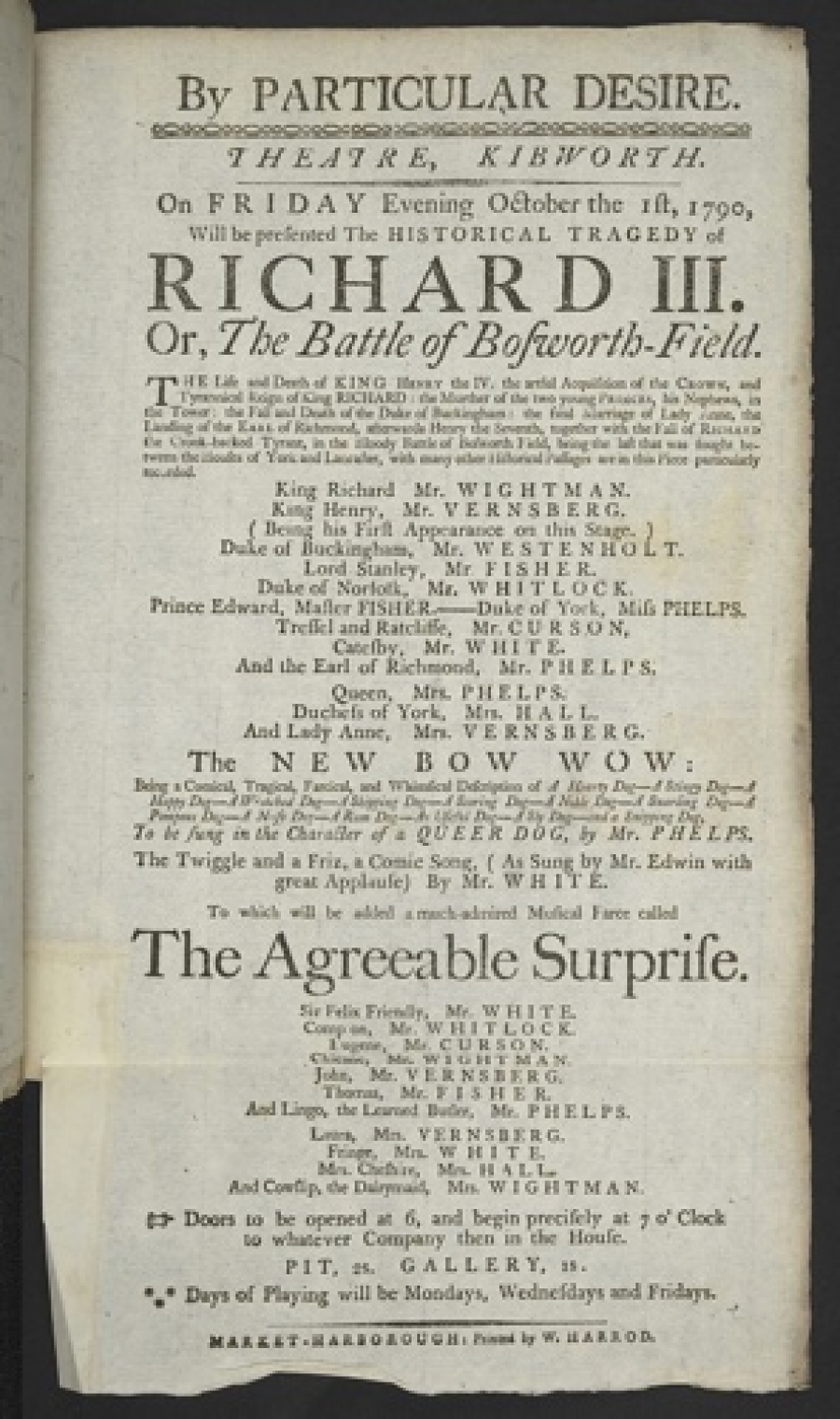 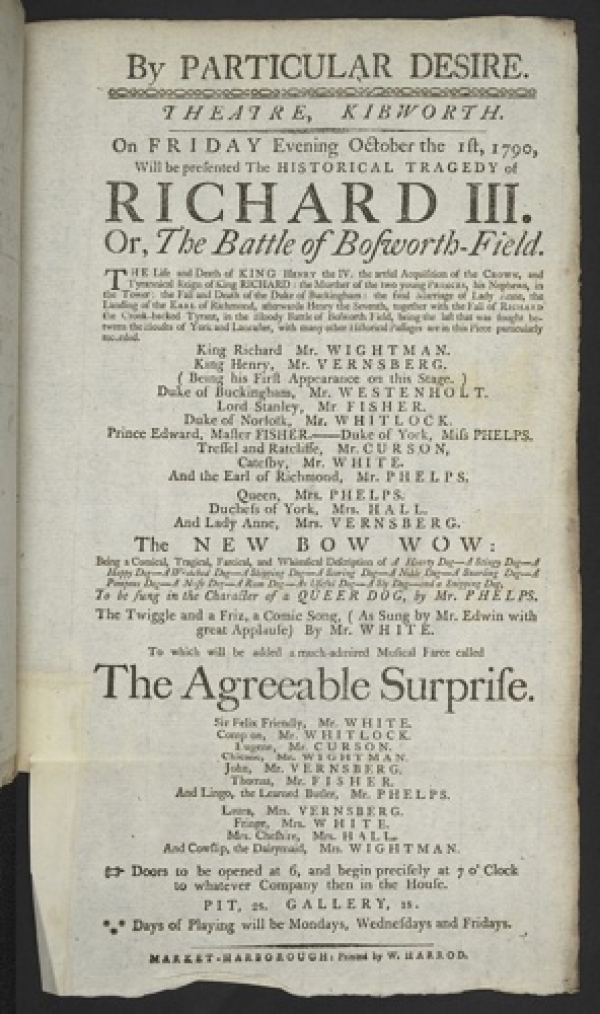 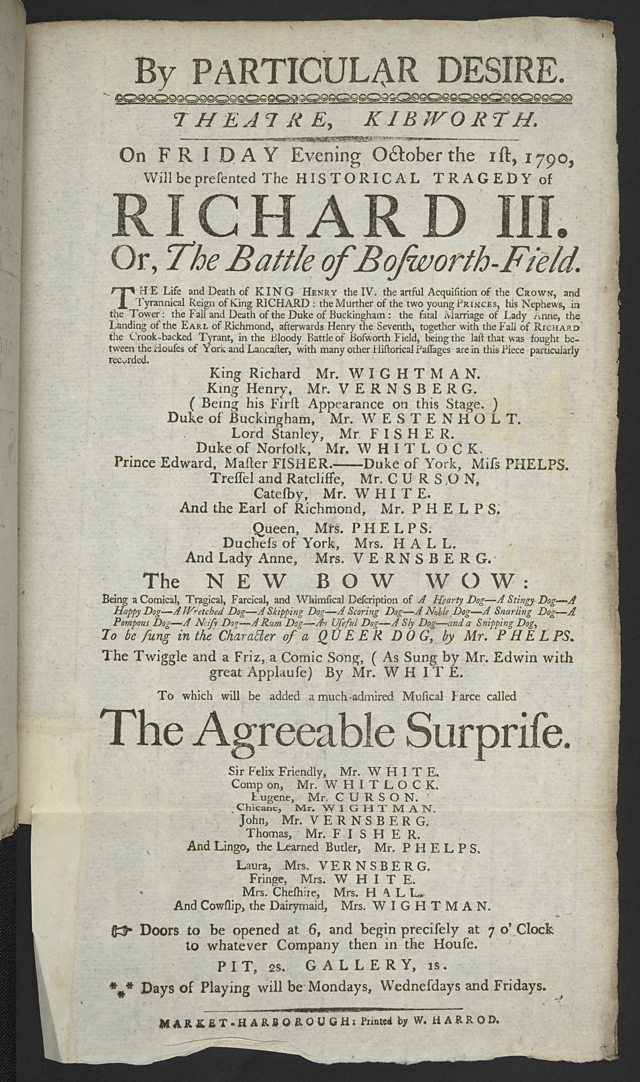 This location would have been convenient to entertain passengers taking a rest break when journeying through the village on the many coaches travelling along the turnpike route.  Indeed travelling theatre players would also have also used the coaches and taken advantage of the theater to perform plays.  In addition local residents particularly from the Dissenting Academy and the Grammar School in Kibworth Beauchamp may well have been patrons of the theater.  Attendance was not cheap, the poster for the plays ‘RICHARD 111 Or, The Battle of Bofworth Field’ and ‘The Agreeable Surfrise’ performed on October 1st 1790 showed prices at 2s for the Pit and 1s for the Gallery.  Possible these prices would have been unaffordable many local residents.

More in this category: « Kibworth Harcourt Map 1884 The day St Wilfrid’s Church steeple fell down »
back to top