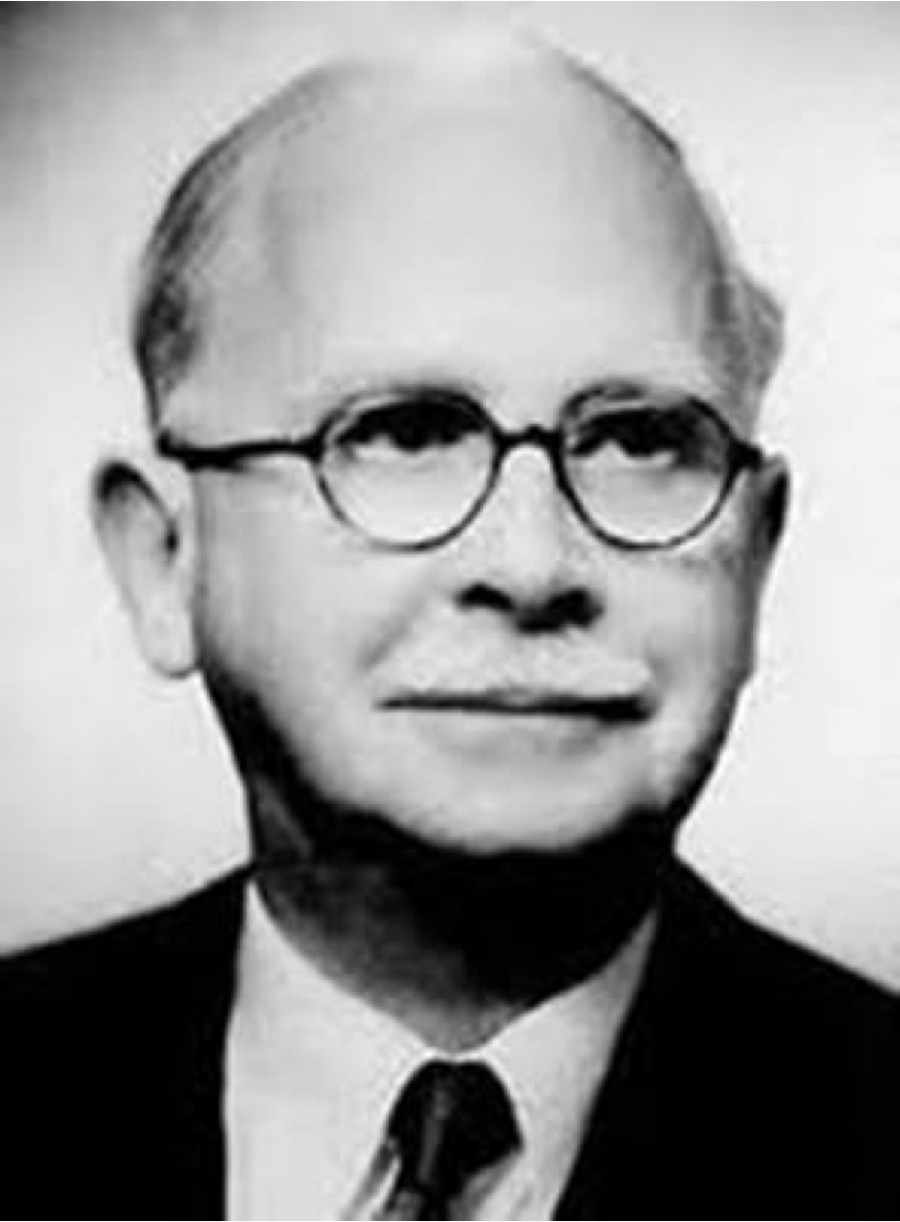 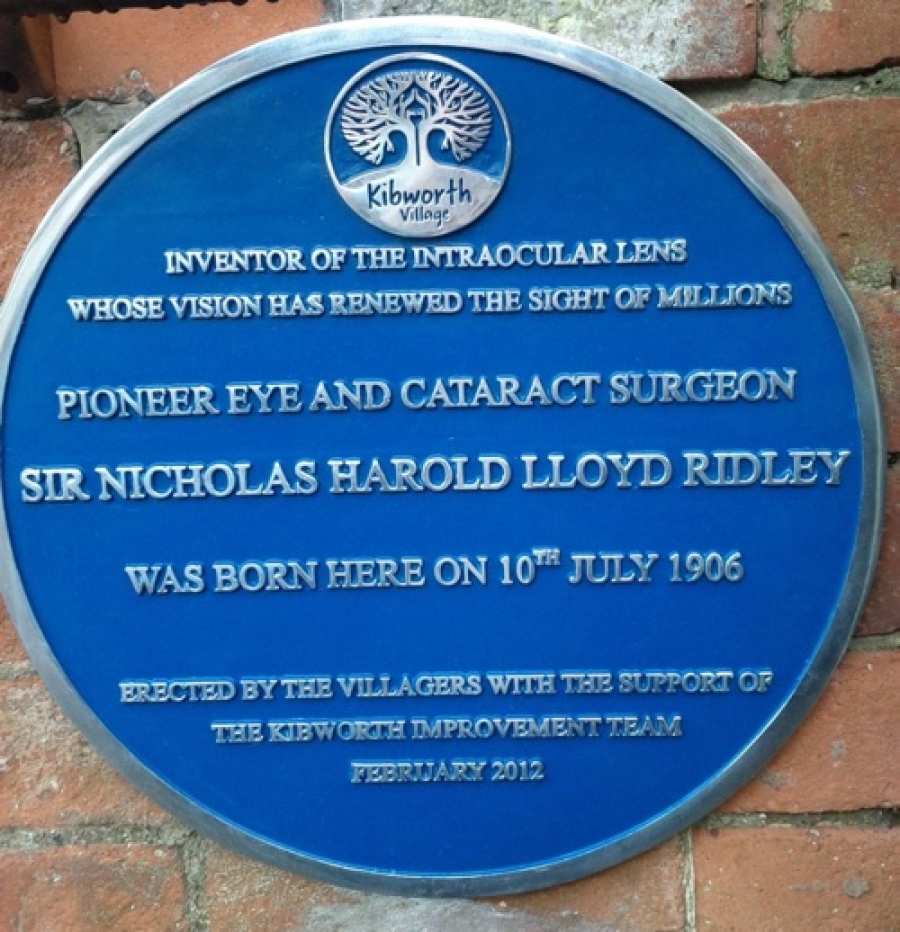 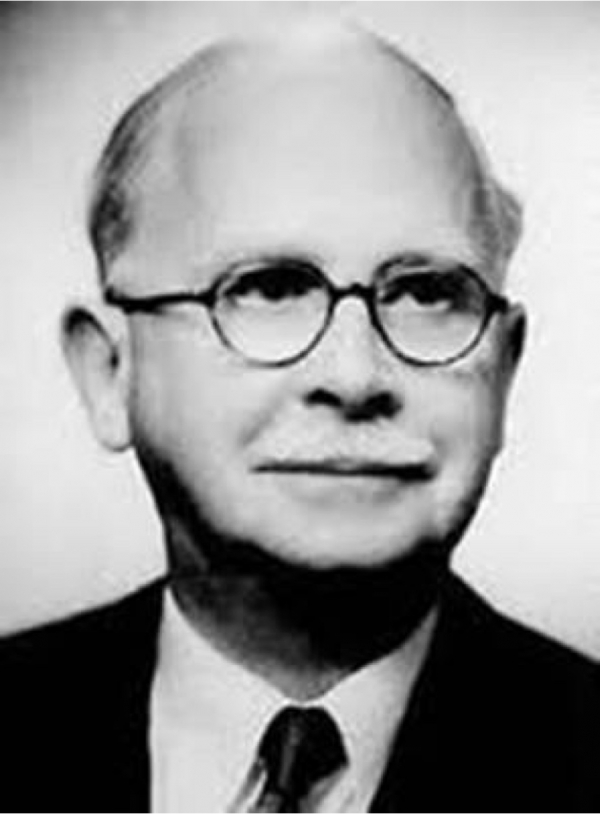 In 1747 a Frenchman, Jacques Daviel, marginally improved the treatment of cataracts by surgically removing the lens. But the problem of focusing remained, and was only unsatisfactorily solved by the use of heavy and ungainly spectacles.

Attempts made in the 19th century to replace the lens within the eye failed disastrously. Thereafter it was decided that such an operation was impossible, and that the lens would be rejected by the body's immune system. On 15 August 1940 when treating Flight Lt. Gordon “Mouse” Cleaver of 601, County of London Squadron, who was shot down in combat over Winchester when his Hurricane’s canopy was shattered. His eyes were filled with Perspex splinters. He had been blinded in both eyes, Sir Harold operated on him 19 times enabling him to see again, but only from one eye.

Sir Harold saw that the Perspex splinters were not rejected by the body’s immune system and speculated on the possibility of making lenses out of such material.

In 1941, Dr. Ridley was appointed a Major in the Royal Army Medical Corps and was deployed to Ghana where he studied and eventually published his findings on onchocerciasis‐ a tropical eye disease. A year later he was transferred to India and finally Burma where he treated the wounded from the Pacific theater and eventually wrote a paper on the role of nutrition in amblyopia (lazy eye) which was published in 1945. In 1948 Ridley met with John Pike a director and senior optical specialist of Rayner Optical Company to ask for the company’s assistance in the design and manufacture of an implantable lens. Raynors developed and produced the first Perspex intraocular lens.

On 29 November 1949 at St Thomas Hospital, Harold Ridley performed the first ever implant of an intraocular lens but it was not until 8th February 1950 that he left an artificial lens permanently in place in an eye. This led him to propose the use of artificial lenses made of Perspex to treat cataracts.

Ridley pioneered this technique and in 1951 he announced his procedure at the Oxford Ophthalmic Congress. His presentation on intraocular lens surgery was opposed by many in the ophthalmic establishment who strongly believed objects should not be placed into the eye, and that the remit of an eye surgeon was purely to remove objects from the eye.
He worked hard to overcome complications and had refined his technique by the late 1960s and eventually achieved worldwide support for the technique. The intraocular lens was finally approved as ‘safe and effective’ and received approval from the United States Food and Drug Administration in 1981.

Cataract surgery with intraocular lens implantation is now the most common type of eye surgery and this operation has saved the sight of some 200 million people in all parts of the world. In the thirty years after implanting the first intraocular lens Ridley received little thanks or recognition from his peers. That began to change in the last twenty years of his life when he eventually received the recognition for an invention that restored the sight of millions of patients worldwide. He was honoured with a knighthood in the New Year Honours list of 2000.

There is a blue plaque commemorating the achievements of Sir Harold Ridley at his birthplace, Little Lebanon, 70 Leicester Road, Kibworth Beauchamp.