The Manor House and garden wall, 30 High Street, Kibworth Beauchamp, is a grade II listed building and possibly the oldest surviving house in the village dating from the 16th century. The house is H-shaped in plan, the lower part of the walls being of ironstone and the upper story timber-framed. The hall, with a room above it, occupies the central block. The hall is lit by a stone-mullioned window in the front wall, and has a stone chimney at its west end. Behind the chimney is the former crosspassage, its front entrance now blocked. The service wing, which lies beyond the passage, has an early fire-place on its back wall which was originally surmounted by a large flue of timber and plaster construction. This was cleared away in 1911 and the space which it occupied on the first floor has been converted into a bathroom. The remains of the flue are visible in the roof. The parlour is in the east wing, which was altered, probably in the 18th century, to accommodate an entrance hall and staircase. The roof contains original trusses with curved principals. To the left of the house are the stables which continue down Smeeton Road. The stables were built early in the 20th century, replacing older outbuildings.The stables building is surmounted by a prominent small clock turret. A red brick wall with brick coping 2⸱5meters highruns from the stables along Smeeton Road enclosing the garden and paddock. 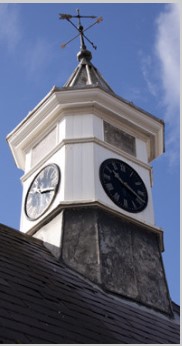 A mud wall marks the boundary between the Manor House and its neighbour 28 Main Street.

There is evidence that a tapestry, consisting of many square yards, covering the whole of the panelling round the interior of one of the rooms on the second storey. The tapestry and was believed to be of Flemish design.  The subjects were varied and curious in their character.  The date of the tapestryis thought to be from the end of the 16th century. In August 1863 a number ofattendees at the AGM of the Leicestershire Architectural and Archaeological Society (see Historic Gathering-Modern) visited the Manor House at the invitation of the occupier, Mrs Buzzard, to view the tapestry which was described as being in fine state of preservation. The tapestry is no longer at the house and its whereabouts is unknown.

It is believed that in the 16thcentury the house was occupied by the steward or bailiff of the manor. There is little information on the occupants of the house however Mrs Buckby, who sponsored a play, ‘Inkle and Yarico’, at the Kibworth Theater (see Kibworth Theater-modern) in September 1790, lived in the Manor House. The next known occupant was Mrs. Buzzard wholived there in 1863.  The next information on ownership was 12 June 1907, when the Manor House, the outbuildings and land were conveyed to a Mr George Mattock from Mr Thomas Arthur Bateman who was thoughtto be the owner of 28 and 30 High Street, Kibworth Beauchamp. It seems that the mud wall was not included in the sale.

Mr Mattock died on 30th March 1936 when the property passed through his wife to his daughter, Mrs Elizabeth Goodey who lived in the house until she died on 4 January 1965. In Mrs Goodey’s will Mrs Joan Croxford inherited the house, garden and paddock. However, Mrs Goodey husband Theodore Goodey continued to live in the property until he died on 29 February 1972.

Mrs Joan Croxford and her husband move into the Manor House in the early 1970s. On 12th June 2014, Mrs Croxford ‘gifted’ the paddock to her two grandchildren.

The Manor House, excluding the paddock, was sold to the current occupants, Mr & Mrs Strevens, on 1stAugust 2014.

The Manor House has undergone extensive renovations over the past 3 years and the three photographs below show the extent of those renovations: 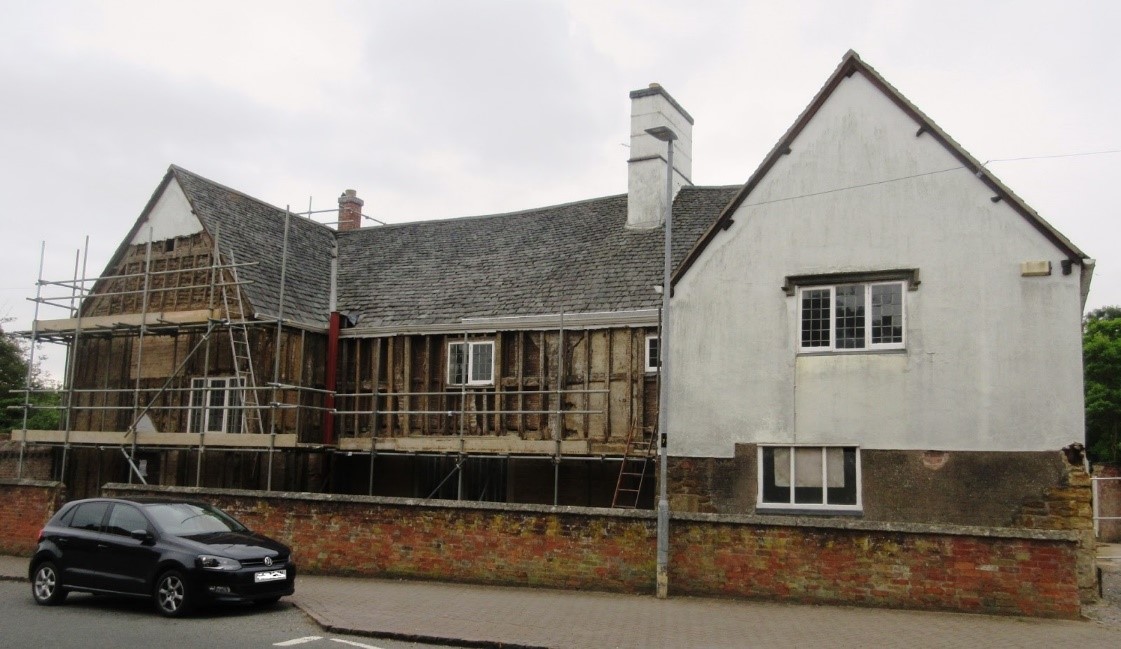 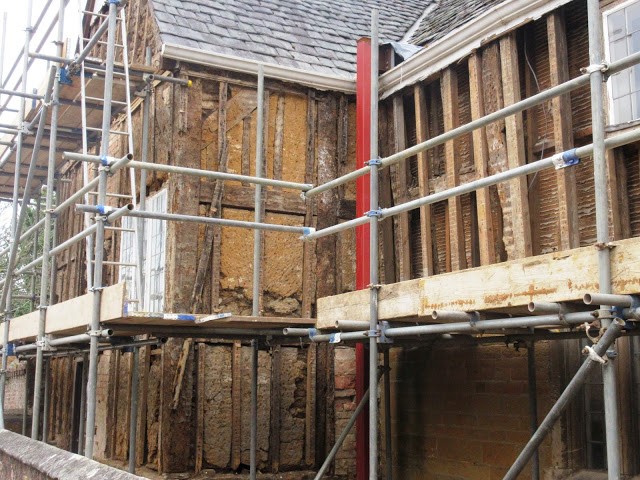 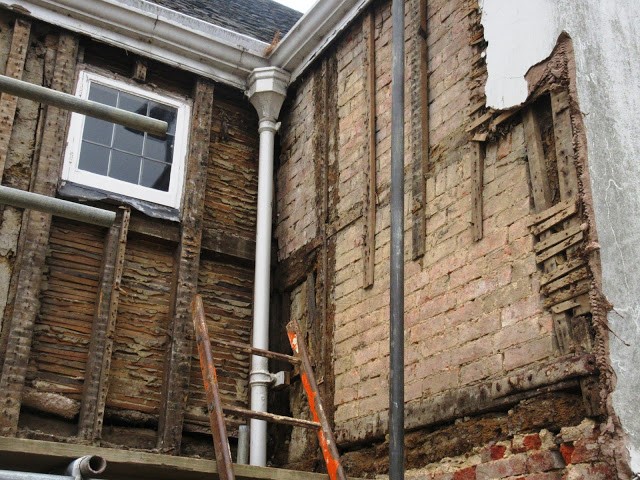 Photographs showing the extent of the renovations 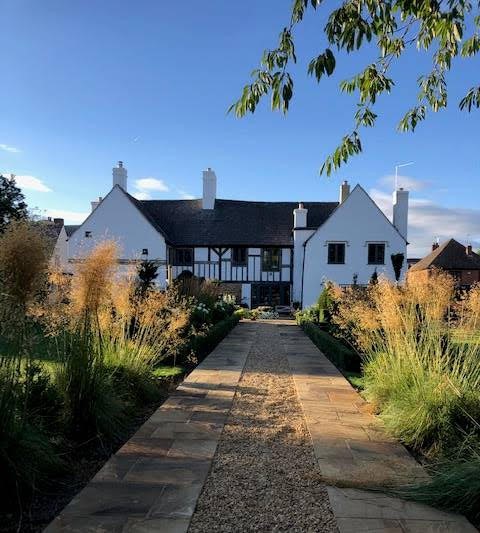